Each Chakra is a meeting point of millions of energy channels or nadi. Using the Internal Family Systems model, these meditations dive in to explore which parts of you reside in each Chakra with a focus on bringing Self-energy to those parts. 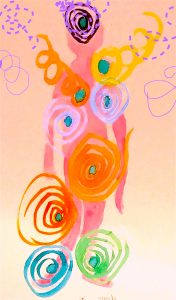